The Best Strategy for Census Map in the New Generation with SuperGIS: Automatically Produce Maps with GIS

The three major national surveys, such as Agriculture, Forestry, Fishery, and Animal Husbandry Census, Industry and Service Census, and Population and Housing Census, are the main reference for the government in formulating the policy plan, planning national development and academic research. During the census process, it is necessary to define the enumerators’ responsibility clearly to avoid missing or repeating interviews. Therefore, SuperGIS Desktop, which is easy to use for the census business, can help users get census maps with different setting conditions in the shortest time and lowest cost.

In the case of population and housing censuses, census offices are required to provide census maps to enumerators. In the maps, not only the large-scale main maps and small-scale index maps, but also the relevant census area code should be provided to facilitate the recording, and provide a legend, so that when the enumerators unfamiliar with the areas arrive there, can quickly find the target census area and complete the task.

However, a census map may seem simple, but the labor required behind it costs a lot. To produce pictures by manually matching GIS software, it is necessary to sort out the maps to be used first, such as building block data, census boundary data at township level, and road network numerical map. Every time a township is drawn, all the above information must be replaced. Each map must also manually adjust the scale and range between the main map and the index map. Although it seems that there are not many steps, when you need to draw a large number of census maps, the time and labor cost will be greatly increased.

For example, if it takes 5 minutes to draw a map, and it will take 500 minutes, nearly 8 hours, to draw 100 maps, and this will be a very incredible number. Therefore, SuperGeo proposed the best application solution for census maps! Simplified to 4 steps: adding data, moving the surface range, adjusting the style, plotting. The application solution can obtain the census maps under different setting conditions in the shortest time and at the lowest cost.

Because SuperGeo has the courage to challenge various application products and fields, whether it is a custom-made road network analysis module application for a private office, or a government agency’s census area map production system and overprint program operation application solution, all users can complete the task in an easier and more efficient way through the clarification of requirements and the adjustment of the operation steps. 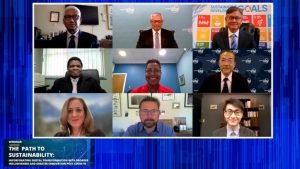 Hosted by the United Nations brings the leaders and civil society organizations worldwide together every July to examine the status of the 2030 Sustainable Development Goals (SDGs) and propose solutions. 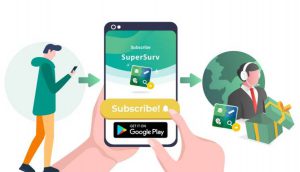 2022 SuperSurv app subscription model is available from now on!

Choose monthly, semi-annual or annual subscriptions, to enjoy the full advantages of SuperSurv10~